My wife and I milked cows together for 60 years, and we always enjoyed it. We were always on the go and it was push, push, push all the time, but the quiet time was milking cows. It was relaxing and it gave us time to talk and be together.
– William Kiernan, Jr. 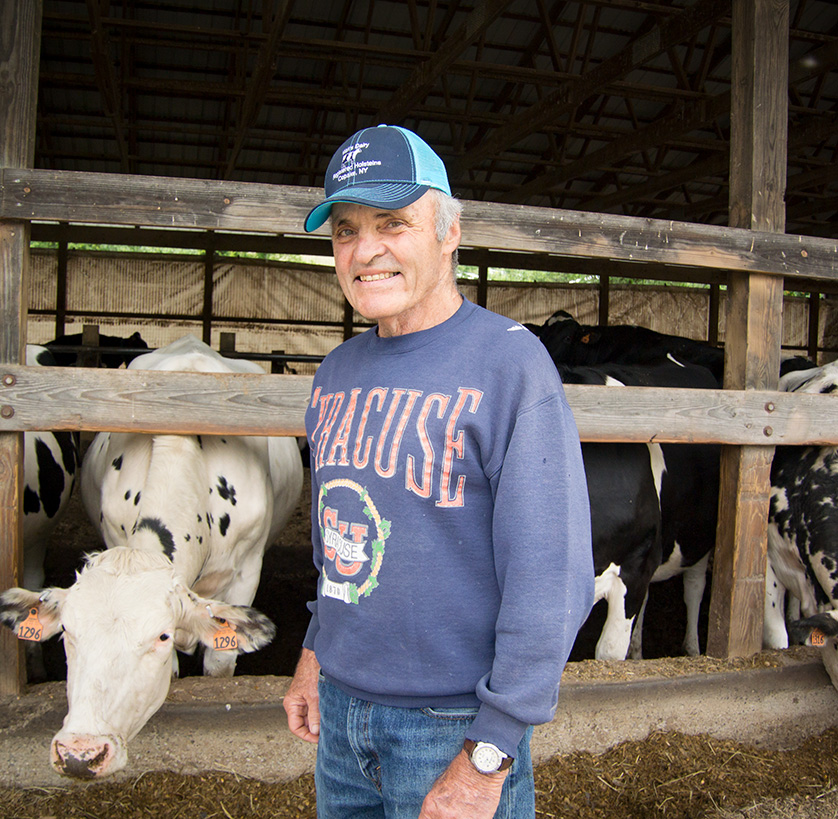 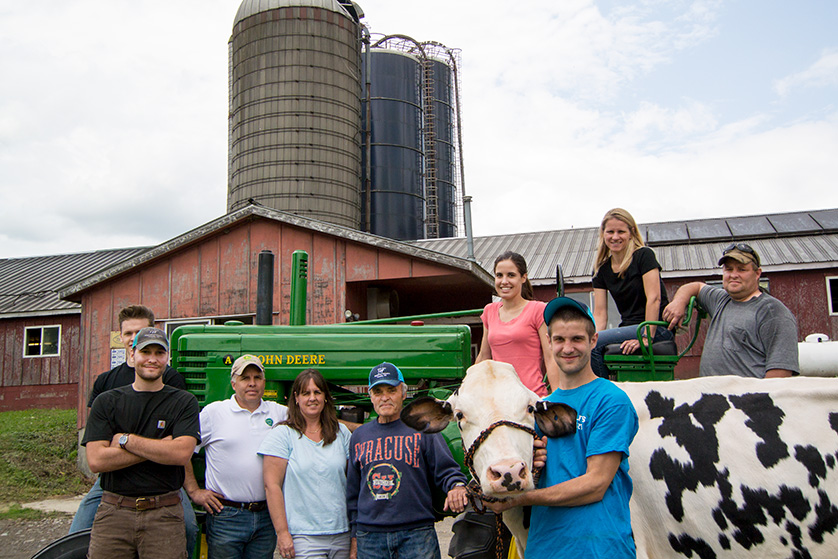 These days, Bill’s kids and grandkids do the milking, and they all work together to plan how to grow their business.

“If you don’t keep growing a business, you’re going to eventually go under. We’re just trying to increase sales as much as we can every year,” he says. “We tripled our herd size about 8 or 9 years ago to make more cash flow, rented the farm next door. We grew to pay the bills and ensure that the family on the farm could be paid a viable income.”

In addition to managing their farm with 185 milking cows and 800 acres of tillable land, the Kiernan family also does construction, excavation, power installation, septic, and related work.

“I’ve never really been able to figure out what sustainability means on a small farm,” Bill jokes. “Our plan was to diversify our business and to keep Hudson Valley Fresh growing.”

Walt’s Dairy is on its fourth generation of farmers, named for wife Rosalie’s father. Bill has a son Walt, and a grandson Walt, who both work there. And while he first worked as a production foreman for Remington when he got out of college, he and Rosalie enjoyed cattle breeding, even producing a Reserve All American. And both have been on farms since they were kids. “I’ve been working on a farm since I was 12,” he says.

“Smaller farms are going to have to do this, especially with milk prices what they are,” he says. “(Hudson Valley Fresh founder) Sam Simon and I learned through hard knocks what’s involved in small farm survival these days.” It’s certainly not easy, but families like these wouldn’t persevere if it wasn’t worth it.