Our herd spends most of their time outside. It’s not the most efficient way to farm, but I can’t think of a more natural way. It’s easier on these cows’ feet and legs and knees. When the weather is nice, they are outside all of the time except when they go in to get milked.
– Tom Jackson 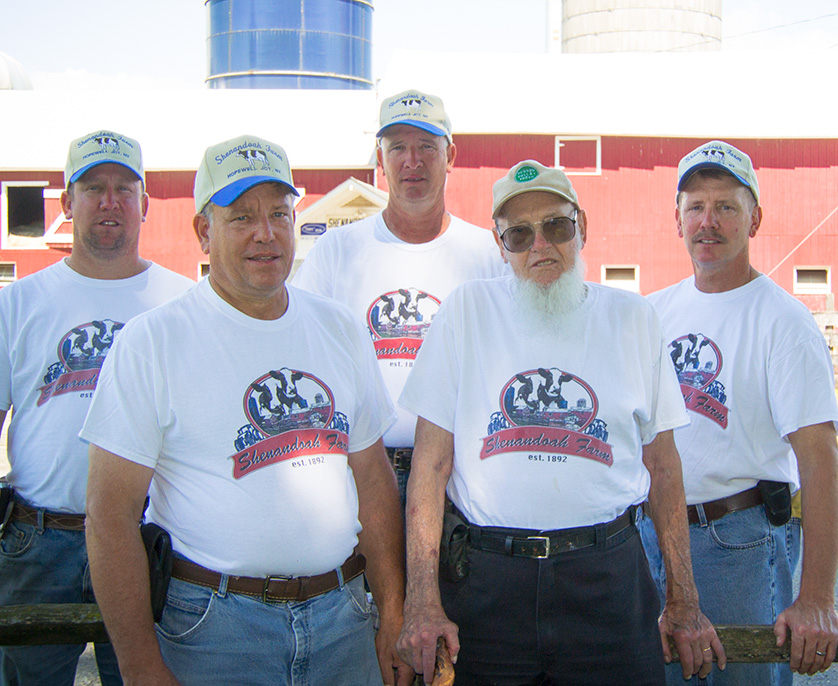 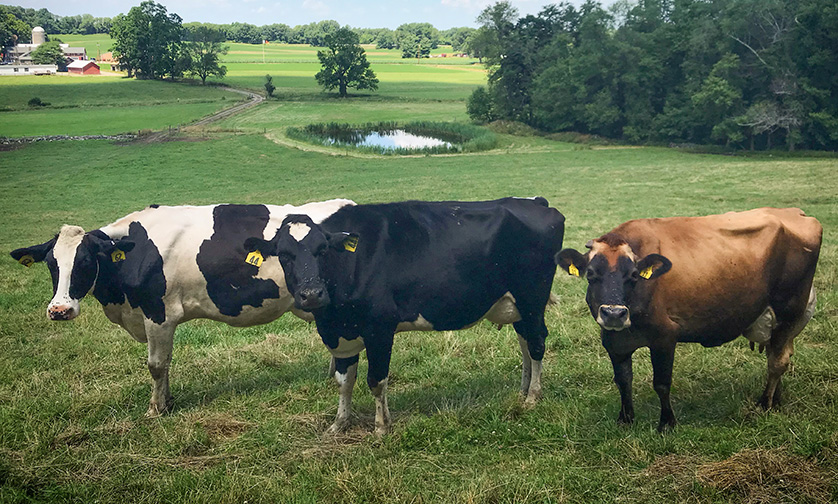 The Jackson family bought their property in Hopewell Junction in 1892 from a relative, so their ties to the land that makes up Shenandoah Farm go back even farther than that. That makes five generations of Jacksons who’ve worked this farm, and three generations that work it all together today.

“As soon as we were weaned off our mother, they put us on a tractor,” Tom jokes. He is one of four fourth-generation brothers who now run Shenandoah. “We grew up following our dad, doing chores, just like our kids and grandkids do today.”

This century farm has been called the gateway to Dutchess County because it’s the first thing you see when you enter the county on the Taconic Parkway. The views are so breaktaking that a local land conservancy has worked with Shenandoah to ensure they will be preserved. After all, they’ve been farmed for over 125 years. “We been here so long,” says Tom, “and we’re so involved in the community. We had a community get-together recently hosted here at the farm and 300 people showed up.”

“My great grandfather started this. No one wants to lose it on their watch,” he continues. “I don’t know that we could sustain what we’re doing on the dairy farm without Hudson Valley Fresh. A lot of farmers are going out of business. You read it every day. I’m not gonna say we wouldn’t still be farming, but we would not be dairy farmers.”