Hudson Valley Fresh appreciates our quality. It’s so much more satisfying than sending our milk to the open market, where that quality would be diluted.
– Margaret DeWitt 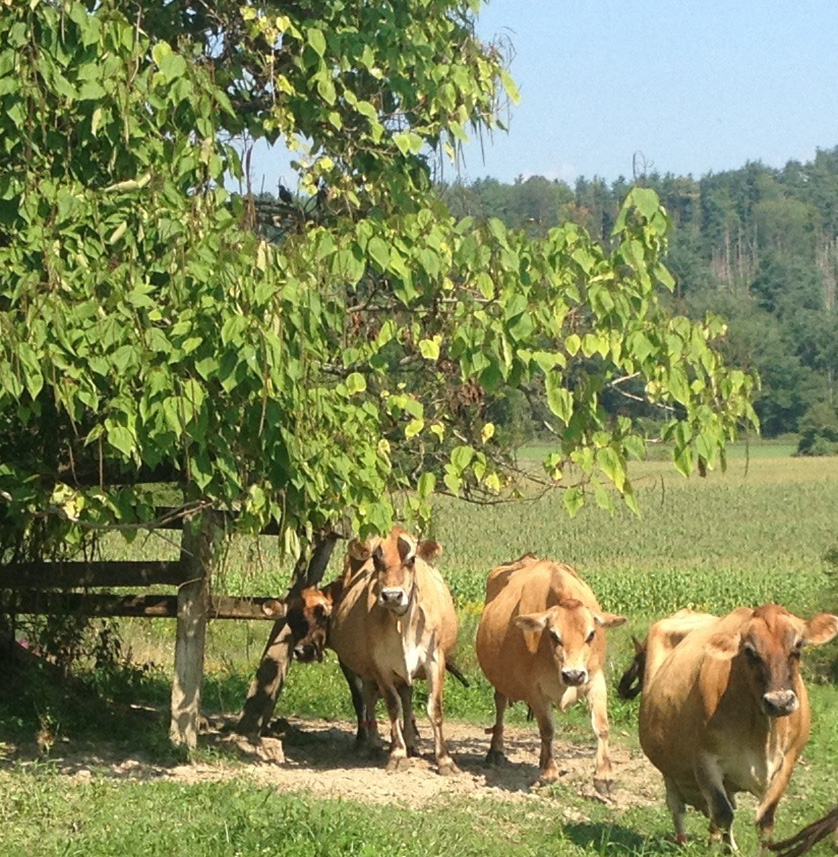 Margaret got her first Jersey calf when she was nine years old for a 4-H project, because her parents, who had run Domino Farm as a Holstein dairy since 1955, thought she’d handle the smaller breed more easily. She got hooked and after she graduated from Cornell, she returned to take over Domino and turned it into one of the best Jersey herds in the United States.

“Jerseys have personality, protein, and productivity,” she says.

Of course, at Hudson Valley Fresh we believe that all cows are beautiful, and we know that farmers always love their breed best. We do marvel at Margaret’s skill with her Jerseys. The American Jersey Cattle Association has placed her in the top 10 herds in the nation multiple times for milk quality, and for protein and butterfat content. She is also a New York State Supermilk Award winner.

Like all of our farms, Margaret’s is family owned and operated. Her brother Meade grows the hay and corn to feed the herd on their 150 acres as well as some rented land.

“Farming is a difficult way of life, ” Margaret says. “Being part of Hudson Valley Fresh and a great product makes it easier.”