Good nutrition is what makes for happy cows. When they stand there like they have a gut ache, they’re not happy, something is wrong, their feed is off. If they’re running around and kicking their heels up, they’re feeling good.
– Richard Skoda 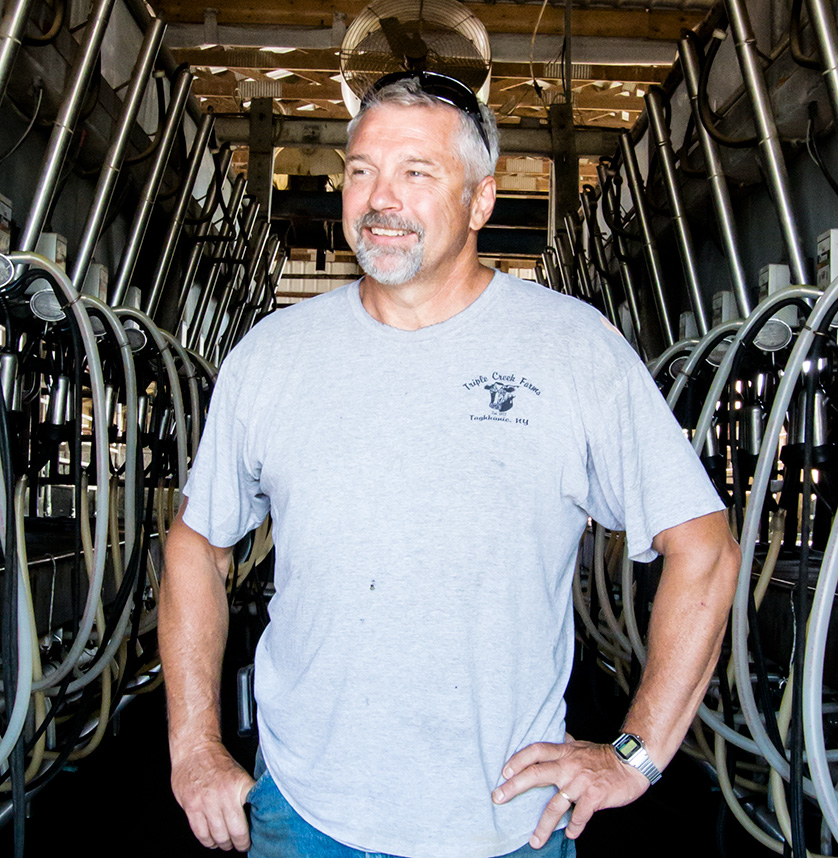 “Dairy farming was always in my blood,” says Triple Creek Farm’s Richard Skoda. “I’m a third generation farmer on this land. My grandfather bought it in 1922, turned it over to my dad in 1940, and he turned it over to me in 1986. I married my high school sweetheart and we had four kids, three boys and a girl. Our two oldest boys Josh and Ryan are here full time.”

His son Ryan attended SUNY Cobleskill for farm business management and animal science. “He does a great job with the herd, and I’ve learned a lot from him,” says Richard. “The things he’s taught me about crop production and how that makes the cows more efficient. Of course, now it takes two computers to run the farm and we have a nutritionist who comes in every week. But I’m never closed to new ideas, if someone has a better idea for how to do something, I’m open to it.”

Triple Creek is just about to become a century farm, and Hudson Valley Fresh wants to help ensure farms like this stay where they belong, as part of their communities.

“We’ve always been active here, and when we had a barn burn down a couple years ago, the community raised $80,000 for us and did a barn raising. I couldn’t believe it, but Taghkanic is my town. My father is buried at the cemetery. My grandfather too. We’re gonna be here. We’re not going anywhere.”